Does Philosophy Have a Place in Biology? An Emerging Debate, Part II

In Part I of this blog series, I wrote about my undergraduate study of biology and my discovery of what might be termed, “unobservable communication,” in the natural world that is the focus of study in a controversial new field named biosemiotics. Despite that, the field presently continues to grow in authority as it becomes more well known and studied. In Part II, I will explain how biosemiotics emerges from philosophy and why that many seem to some scientists to  conflict with biological beliefs.

Biosemiotics professor Donald Favareau says signs and meanings are sometimes associated with “symbolic manifestations” rather than a natural interface where demands can be met. Which, translated, means that when a “sign”, say, from a tree, or a communication between two trees, is given a human meaning and articulates as “Trees can talk.” Articulating biological processes in terms that seem to “anthropomorphize,” or give the tree human characteristics, is the reason biologists have rejected biosemiotics for so long. It was not until recently that evidence of subjectivity, the philosophical concept related to consciousness, began appearing in the scientific community. This involved proof that the natural world has produced these subjective agents. Correspondingly, this aligns with the philosophical components on biosemiotics and would help it to be proven in a scientific sense.

Biosemiotician Marcello Barbieri explains biosemiotics through three different pillars: signs, code, and meaning. The “code” creates a relationship between the sign and meaning, and is the only pillar that is considered observable proof. An example of code would be DNA. According to Barbieri, the proof of signs and meaning in a cell is where the lack of evidence is most prevalent. This is where the line between biological organization and mental experience appears to dissolve. The genetic code, while physical and observable, exists as a metaphor because “all features are accounted for by physical quantities.” Simply enough, Barbieri describes the pillars of “signs” and “meanings” as the mental representations of physical objects. They are the assumed processes revolving around the, already proven, code. All three pillars make sense from a subjective standpoint, but are misinterpreted when aligned with biology.

The film Avatar by James Cameron does a superb job of imagining biosemiotic processes in living systems. The film helps nonscientists understand biosemiotics and is a contribution to wider understandings of science and developing new fields. I would argue that the importance of biosemiotics is that it helps humans theorize the communication in biological systems. James Cameron has been able to take this idea and manipulate it with a creative interpretation that is, quite literally, out of this world. Set on a moon called Pandora, that is orbiting a massive planet in space, the Na’vi people in Avatar are consciously living in an interconnected communicative network, both literally, materially, and spiritually. They are able to physically and materially connect to their surrounding flora and fauna through a bond they have named “shahlayu.” The long braids in the Na’vi’s hair contain a neural network that allows them to physically connect to other organisms in their environment. This bond is the semiotic process that allows for fluid communication between organisms.
As I suggested in Part I, historically, the reason modern biology has distanced itself so greatly from philosophical thought is because of the mathematician and scientist René Descartes. In the early 1600’s Descartes made it his mission to disconnect an emerging notion of “science” from medieval thought which included philosophy’s implementation into multiple fields of study. He declared that only undeniable proof should be utilized in the sciences. Included in this was thought processes involving “the mind and soul” which, unfortunately, includes the study of sign relations (Favareau 23). This notion of “objective proof” is still heavily relied on today, and became an obstacle to the acceptance of the new subfield of biosemiotics.

The emergence of biosemiotics has caused quite a discussion in the biological community. As it continues to be debated whether or not it “belongs in biology,” it still provides a unique and helpful perspective on the functioning of biological processes. As argued in an article titled “Why Science needs Philosophy,” philosophy and science share the same tools of logic, conceptual analysis, and rigorous augmentation. Through this, philosophers are able to explore and contribute limitless explanations to scientific research and ideas. They are able to make discoveries and come to conclusions that scientists may not because they are searching outside of what can only be proven. In the example of biosemiotics, sign relations are useful to explain biological processes of all sorts.

Biosemiotics began drawing attention in the 1960’s, and has come a long way from then. The interdisciplinary work of many modern biologists, philosophers, and historians, has shown that biosemiotics is gaining more acceptance in biology and in modern society. From my perspective as a new biology student, it seems, based on my research here, that the prevalence of signs and signaling as a form of communication is important and more research should be done in this field. The continued disregard of this theory is slowing vital information from flowing into the biology community.

As I observed in Part I, I am surprised that I could have gone this far in my undergraduate major without biosemiotics being presented in any of my core biology courses. This should change. Regardless of its application, biosemiotics holds importance for addressing the study of self-construction. These semiotic processes expand upon what is already considered understood within biology, and biosemiotics does not discredit accepted biology. My hope for the future is that philosophical thought, usually confined strictly to the humanities, will be more incorporated in the sciences. Until then, biosemiotics will continue to branch into the sciences where it is seen as applicable.
In Part III, I will address biosemiotic processes as they appear in forest ecosystems. The communicative aspects between trees are much more complex than they first appear. These actions are also heavily relied on in the film Avatar. There is a distinct correlation between their fantastical ecosystem interactions and our own. 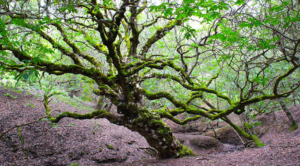 What is Biosemiotics? An Emerging Debate, Part I

The Biosemiotics Debate: What Did One Tree Say to the Other?