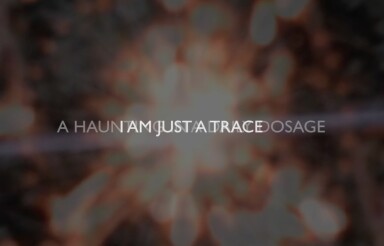 “[P]olitics, culture, and medicine come together, especially around the concept of the already dead and the problem of time [via] a new chronic mode, a mode of time […] for an undying present that remains forever sick, without the danger of sudden death” (Cazdyn 5, my emphasis).

In this light, my arts practice-led research serves not only as an investigation of healing methodologies, but as a healing act in and of itself. My Overlookedness aims for a deeper awareness of the sensations of anger and fear that continue to inhabit my body; sensations mingling with the virus. My anger erupts from the vanishing act of utopian notions of cure and this act’s replacement by disease management. My fear is a mix of stigma (socialized and self-induced) and the complexity of issues encircling disclosure, like vultures. But emerging debates around criminalization of non-disclosure in cases of HIV insists that I disclose my status each and every time I am intimate with another human, whether condoms are involved or not.

Hi, I’m positive, a condition and salutation that is itself a contradiction in terms. 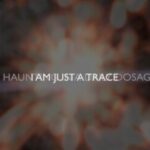 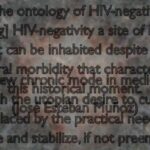 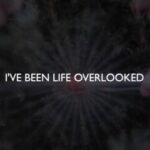 My Overlookedness creates a safe-space for the human immunodeficiency virus to speak for itself, in the first person. Observe how this “first person” sounds like many persons. The voice of the virus is itself deceptive, just as it is now—in the era of convenient disease management—overlooked. The voice is schizophrenic; ruptured to avoid containment or generalizations. How can we trust that what the voice says is true when the basic tonal characteristics are inconsistent? But enough anthropomorphizing, let’s allow the virus to explain:

I am the object of minute governmental and industrial management, and an economic superstar. I am multilingual and able to communicate with all humans, regardless of tongue. I have delivered millions to the knowledge of mortality. I am invincible.

I inhabit the body of the human who made this video. My overlookedness recently prompted him to make an oversight in his daily dosage, resulting in mis-medication and a subsequent blip in his bloodwork numbers. Lazy human. He should know better. 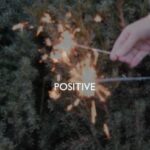 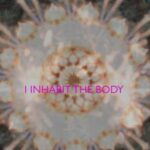 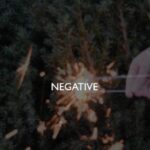 “With AIDS, the shame is linked to an imputation of guilt; and the scandal is not at all obscure [for] to get AIDS is precisely to be revealed” (Sontag 112).

“[T]o confuse AIDS with the HIV virus, to speak of AIDS as if it were a venereal disease, and consequently to suggest that one catches it by being promiscuous” (Bersani 199).

“Ghost theory […] worries the binary between HIV-positive and negative men [by marking] a shift away from the initial moment of AIDS cultural criticism that concentrated on people living with AIDS and the ways in which they are represented and ‘caught’ within the dominant public sphere, to projects that figure the ontology of HIV-negative men [making] HIV-negativity a site of identity that can be inhabited despite the cultural morbidity that characterizes this historical moment” (Muñoz 46).

“HIV has become a resource for queer reinventions of kinship because it offers a vital means of showing relatedness” (Dean 89).

“Those of us who are HIV+ are in another kind of concentration camp” (Jarman 103). 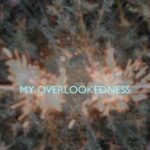 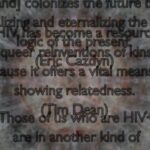 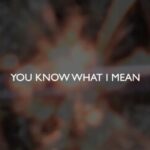 Over thirty years later and the pandemic is not over. And Big Pharma is making a killing.
I am caught in the crossfire… blessed for living to see the cocktail, sorrowful over the loss of too many friends and colleagues, and ambivalent about my status as the already dead.

For more information about the work of Andrew Zealley, please visit:
http://www.andrewzealley.com