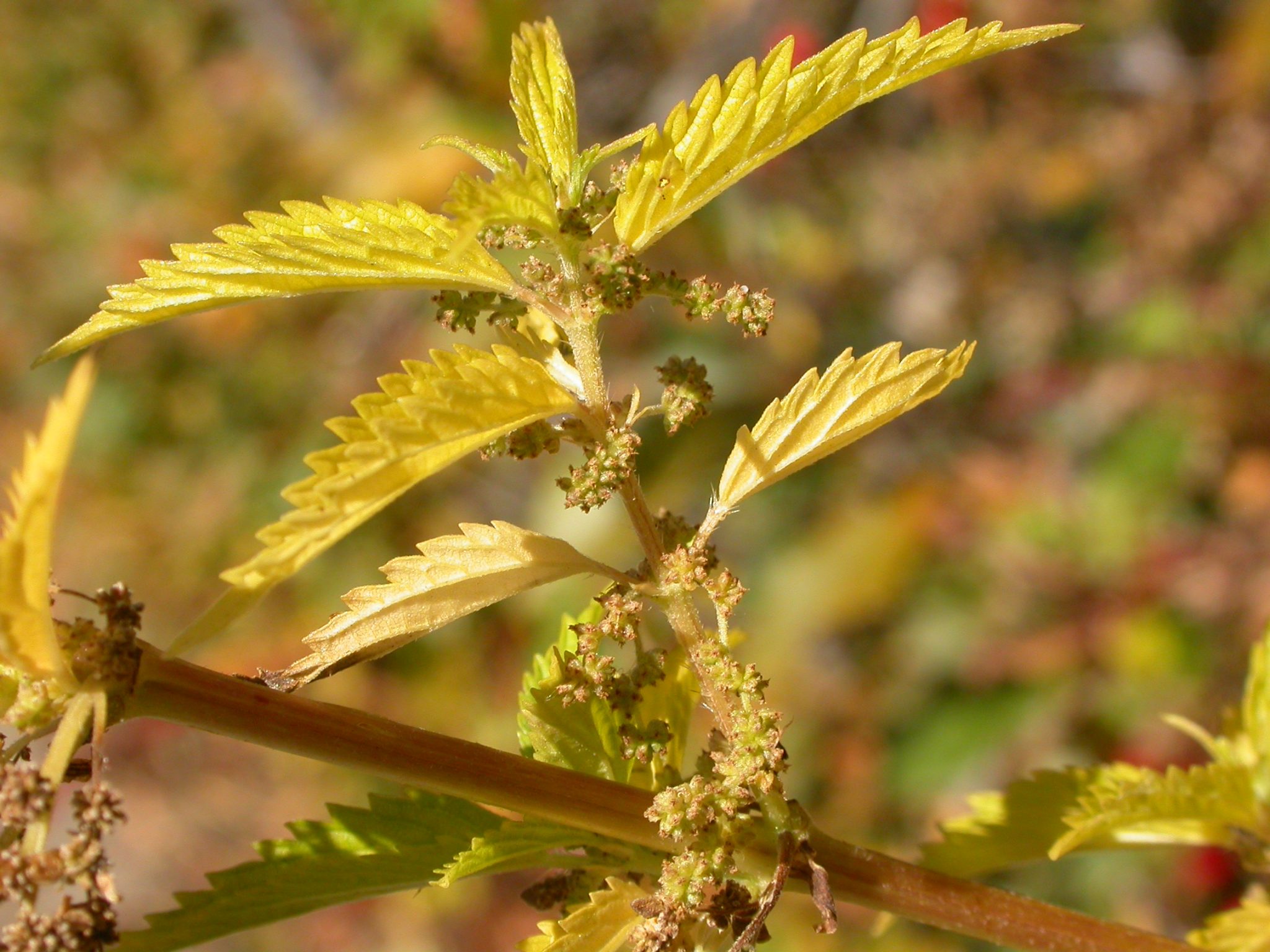 Urtica Dioica is best known as Stinging Nettle. It is an herbaceous dioecious (1) perennial flowering plant that originated in Europe and Africa but is now found throughout the world (North Africa, Europe, Asia, North America).

It needs moist soil to grow and is often (but not always) found in the countryside or rural settings. The roots, the seeds and the leaves are what are commonly used for medicinal purposes and it has a long history as a food source. Stinging Nettle grows 3-7 feet tall in the summer months and has widely spreading rhizomes.

The plant has small greenish flowers, stems and leaves that are hairy. Not all subspecies have stinging hairs (trichomes) but the ‘stinging nettle’ does. The trichomes (2) are needle-like and when touched inject chemicals (histamines and others) that cause a painful ‘sting’. Urtica Diotica as six sub species (3) (listed below), but the one that is most common to Ontario is the subspecies Gracilis (which has stinging hairs). When touched the plants ‘hairs’ cause stinging welts, but after it is picked the stinging hairs lose potency.

U. dioica subsp. galeopsifolia (fen nettle or stingless nettle, Europe). Does not have stinging hairs.

My first relationship with Nettle was during my pregnancy. Nettle tea and Raspberry tea were suggested as uterine tonics to help support the health of the uterus.

I became more familiar with the plant and soon realized it grew in many places in the city that I frequented. I have seen it growing wild in Dufferin Grove Park and High Park in downtown Toronto!

When thinking of what species may be overlooked in the city of Toronto, the Stinging Nettle came to mind, as it grows all over Toronto and is often referred to as a weed but is such a source of nutrients.

Looking further into the Stinging Nettle I realized that not only is it often considered a weed, but is seen as unwanted, in a sense, because of its prickly difficulties. The nettle is somewhat peripheral or marginalized (by humans) amongst plants considered valuable or important. Seen as a painful and sometimes annoying, it is a plant that grows quickly and spreads easily with the right conditions (moist, fertile ground – woods, forests, meadows etc).

The Stinging Nettle is a very tolerant plant, and can grow in areas that contain heavy metals, very damp environments, and often survives after a fire—it is a survivor! The Stinging Nettle has been used for centuries by humans and more-than-human species. It also holds a place within English, North American and Australian Folklore. It is valuable for many reasons, and seems to be often overlooked or misunderstood by humans.

National Be Nice to Nettles Week